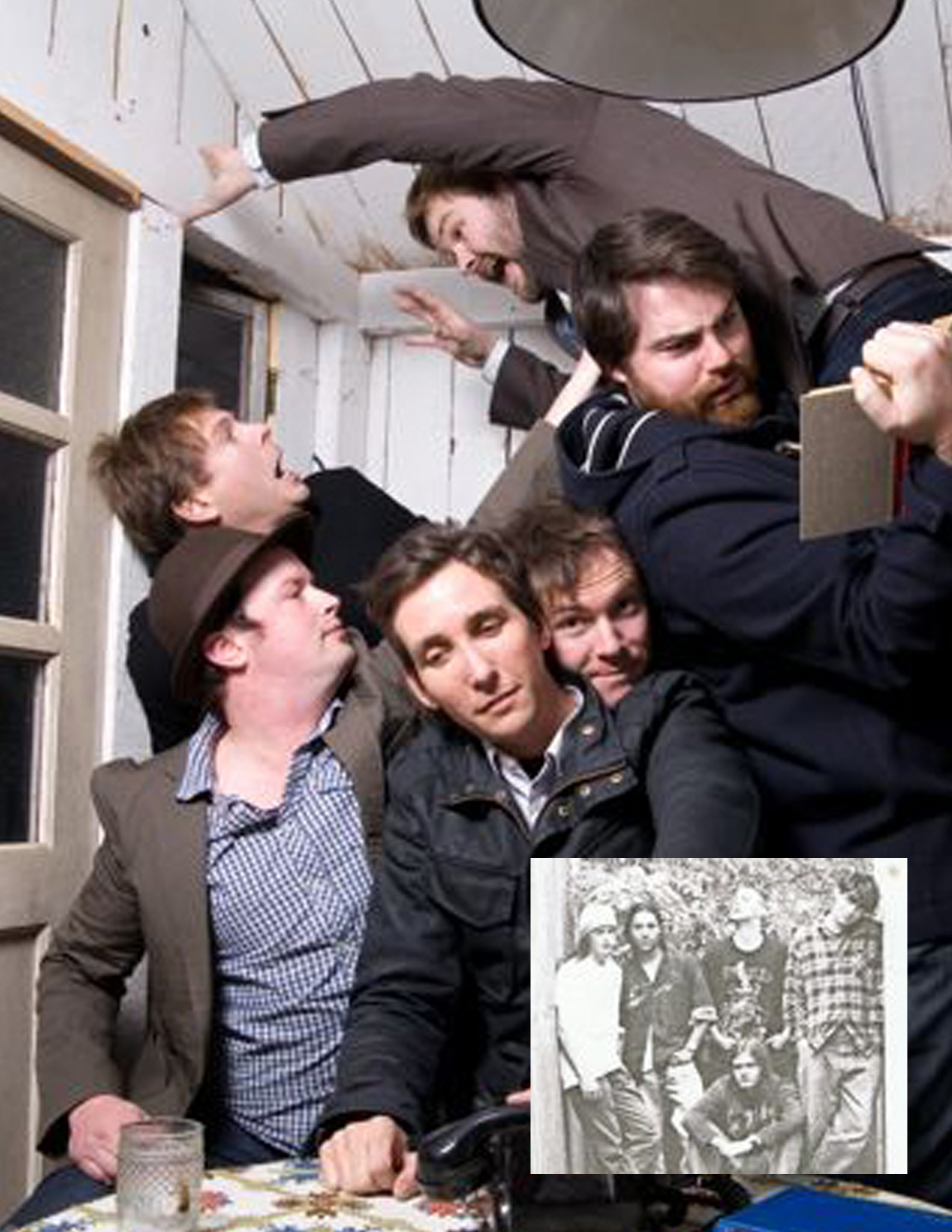 The Phoenix Foundation began in 1997 by Samuel Flynn Scott, Luke Buda and Conrad Wedde. Having jammed for a couple of years, recorded This Charming Van and releasing the China Cove EP in 2000, they were joined by Richie Singleton, Will Ricketts and Tim Hansen in 2001. They wrote many songs until The Drinker, which received special attention from the Bnet radio network and went on to win Best Unreleased Song at the 2002 Bnet Awards. They also won a Bnet Top Pop track award for Damn the River in 2006. They have been described as the most potent band to come out of New Zealand since the far-off days of the Chills. As well as albums & EP’s they have composed sound tracks for two feature films: Eagle Vs Shark & Boy. They have just released a new album Buffalo, which has been acclaimed here and described in the Guardian thus: ‘taking a route increasingly denied to British pop, these New Zealanders have been able to develop under the radar over a decade before delivering what feels like a major breakthrough. Song writing this good doesn’t come along often…..an album that already seems destined to be among the best of 2011.’’ 5 Stars. The Guardian. 6 January 2011. (Dave Simpson) The band toured Britain at the beginning of the year and will start a three month tour in a couple of weeks which is going to be huge if current acclaim is an indicator: ‘These kiwis are unassuming types. They just sit there quietly running their island paradise and making gloriously lovely indie-pop music.’’ Total Guitar. Matthew Parker. Dec. 2010. It could be argued that they are rising stars but we believe they are already High Achievers.